The alarm woke me from a dream this morning. I was batting at No. 11 in the second dig of that last Test, and managed to hit the winning runs.  It was a crisp but unspectacular drive through the covers for two, the sort of shot that leads Bumble to say “OOOoo, luvlee shot, that.”  Oh well, better than having nightmares about it.  I will leave that to Mr Bean. Coach2.0 is reviewing his Reject CLub applicaiton form this afternoon (with The Captain)

Piling onto the team bus at 9 am for the drive into London, The Prof was obviously holding back a big grin. I don’t know what he was fretting about, there were no photographers hanging from the ceiling or in roadside vegetation poised to take an embarrassing photo of him daring to get over it after our heart-breaking loss. No doubt they were too busy staking out every posh maternity ward in the country.

“It’s days like this that you live for, mate,” was all I could get out of him at the time. I knew he wasn’t referring to the combined teams sponsor’s lunch at Lord’s that we were due at by 1 pm. Sarah from marketing had given us a stern lecture on all the do’s and don’ts of these things several times – this time she was very clear.

The bus rumbled down the M1, making reasonable progress in heavy traffic. The squad were doing their own thing as usual, some gazing out the window thinking of home, some engrossed in their personal electronic device of choice – there was a particularly touching scene with UnLucky explaining how his ancient Walkman works to The Kid, who was clearly in awe.  “You mean, it only holds 90 minutes of music at a time?” he was heard to say.

We were in the middle of no-where when The Prof yelled “Eyes left!”  We stood up to see the England Team bus pulled up on the verge of the freeway, with the England team standing around in a road-side field, dressed as we were in their “official functions” finery, medals and honorarium pinned to their chests. 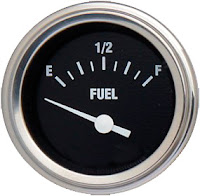 “It’s not that hard to make the fuel gauge on a bus malfunction if you know the right people,” he said in response to my accusing stare. I was about to say that the minor inconvenience he’s arranged would soon be overcome with a repalcement bus, when he put his fingers to his lips (his other hand covered my mouth) and nodded in the direction of  the radio station the driver was listening to .

“And in news from Nottingham, a problem with preparation for the big summer signalling project has resulted in all train services being disrupted.  Buses from all over the County are being deployed to replace trains on popular lines.”  I nodded my approval at the completeness of his preparation.

Not one to rest on his laurels, he removed a small remote control device from his pocket, and with a flourish, pressed the big red button on the front.

“That threw a few nails onto the road.  The traffic behind will come to a holt behind about a dozen stranded cars with flat tyres. It will back up about 5 kilometres before they can sneeze.  That stranded team bus will be right in the middle of it,” he said, struggling to keep a straight face watching the bats exchange some belated final hand signals with their first test bete noirs from the back windows.

The sponsor’s function went off without a hitch, if you think that not having the home team present and allowing the visitors to eat all the food is success.  The Kid certainly did – I’d forgotten how much you can eat when you’re 19.  The whole thing fizzled out at about 3.30 and there was no sign of the opposition as we left  and returned to the hotel via the A roads, given this morning’s events.

No training in the late afternoon – but it will be full-on tomorrow, no doubt.

NEW WEBSITE COMING THIS WEEK.  The 17th Man is updating his web diary over the next day or so, so please forgive him if there are a few glitches.  It will be all sorted before the Second Test on Thursday.

OUT NOW: Coach2Coach – The story of Australia’s chequered prepartion for the 2013 Ashes, as told by The 17th Man. (US/UK)